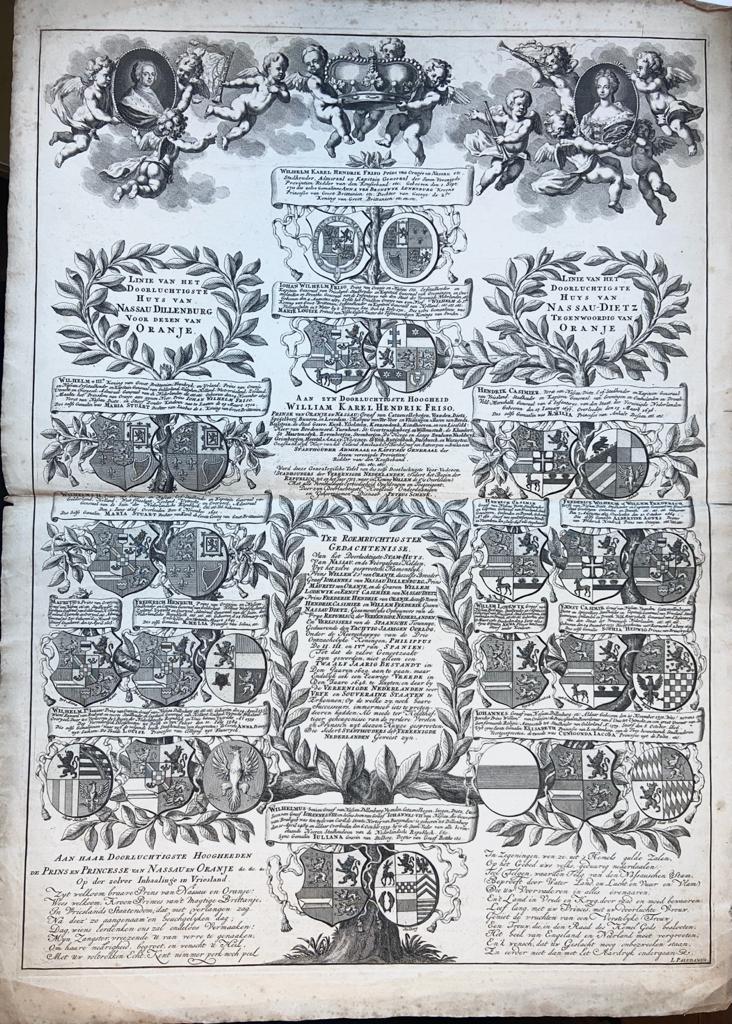 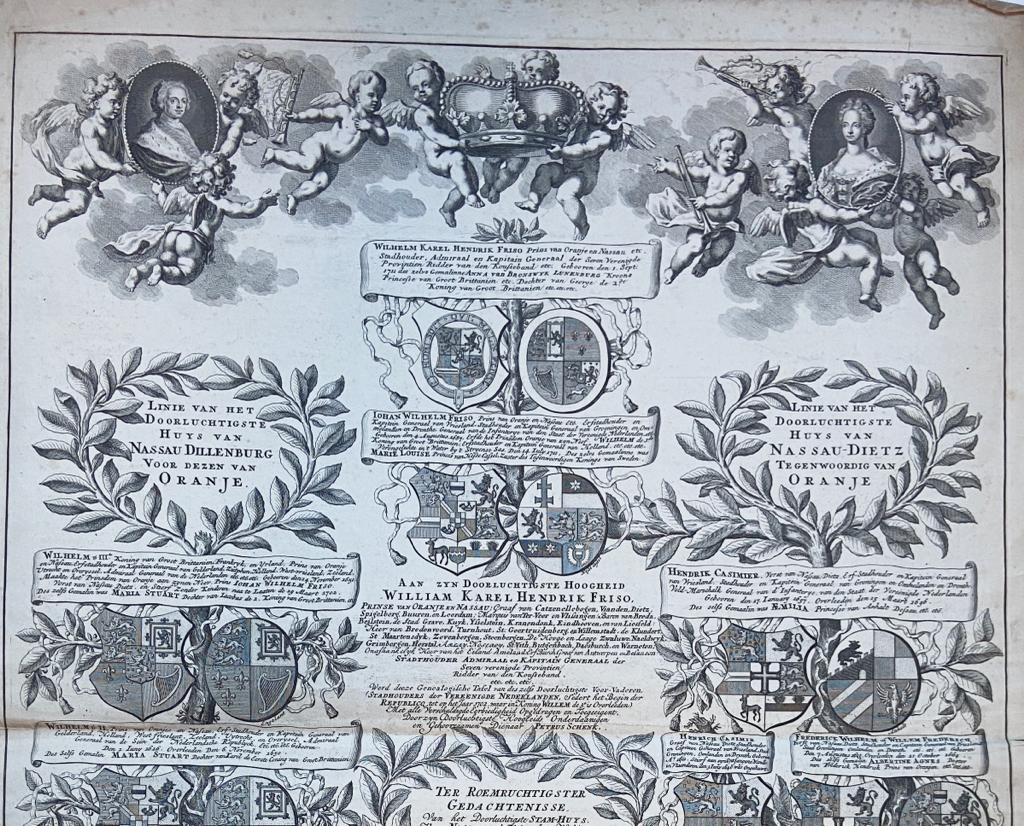 Family tree of the House of Oranje-Nassau with the members of this house who ruled the Netherlands. At the top is the coats of arms of Prince William IV and Princess Anna of Hanover. On the left, the extinct Nassau-Dillenburg line ending with Stadholder-King Willem III. On the right, the Frisian branch Nassau-Dietz with Johan Willem Friso and Willem IV. At center, the dedication to the prince and a text about the house of Oranje-Nassau framed with laurel leaves. At the top, the portraits of the prince and princess held by flying putti. At the bottom a poem on the princely couple. This genealogical table was created on the occasion of the marriage of the prince and princess in Friesland on 11 May 1734.

Etching and engraving on paper; total: 756 x 539 mm; one folding crease at center, edges frayed, some foxing and dirt on verso especially, otherwise in good condition; F.Muller 3745-*a. 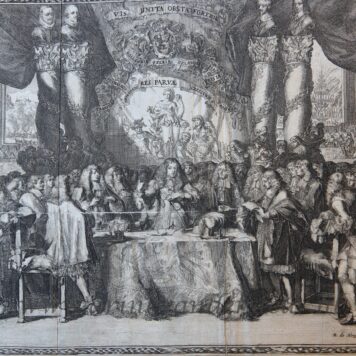 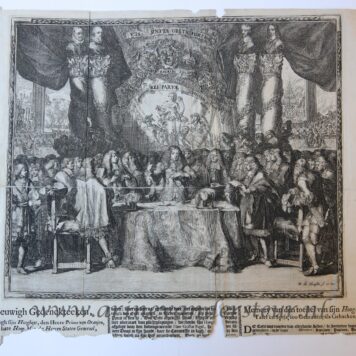 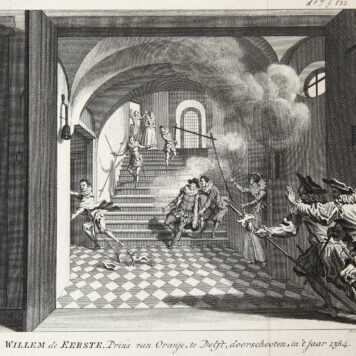 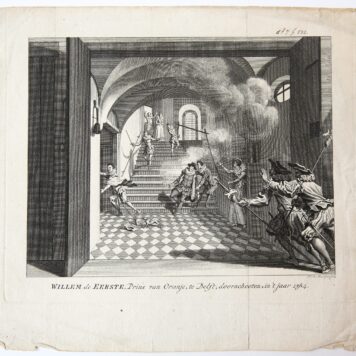 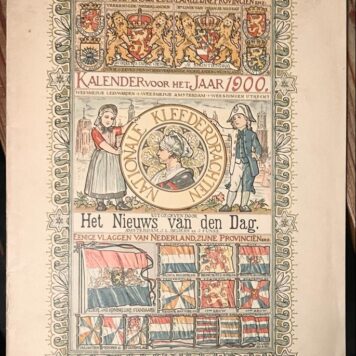