From the ‘Tafereel of beschryving van den prachtigen tempel der zang-godinnen…’, also known as ‘Le Temple des Muses’ published in Amsterdam in 1733, containing histories drawn from Greek mythology, written by A.de la Barre de Beaumarchais with plates by Bernard Picart. The plates are all finely engraved and are composed with a central part dedicated to the illustration of the story and a larger one, framing the previous, inhabited with details inspired to the central plate. For the whole book see Booknr. 50936 [VII, p. 16-18]

According to the myth, after the great flood the elderly couple of Deucalion and Pyrrha was the only spared by the rage of the waters. Zeus then make their wish of meeting other people in the world come true by asking them to throw rocks behind themselves. As these rocks touched the ground they were turned into people: female for those thrown by Pyrrha and male for those thrown by the husband. In this representation in the foreground on the left Pyrrha is throwing big rocks behind herself and on the ground towards the right several nude female of different age emerge from the ground. Towards the background Deucalion is repeating the same action whereas a temple always on the left reminds the viewer of the protagonists’ cry for help to Zeus. On the right in the background the waters are disappearing as the clouds in the sky are.

Lettered in four languages on the bottom: ‘DEUCALION & PYRRHA REPEUPLENT LA TERRE, EN JETTANT / DES PIERRES DERRIERE EUX./ Deucalion & Pyrrha repeople the World, by throwing / stones behind them….’. On the bottom of the engraved frame on the left: ‘B. Picart del. 1731’. 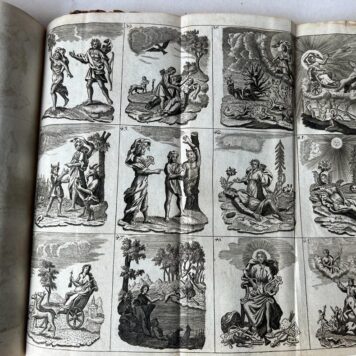 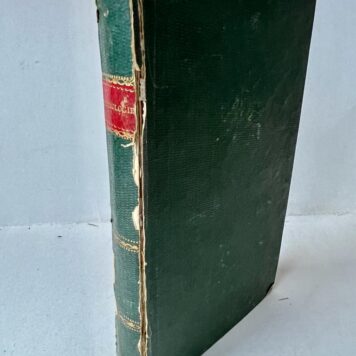 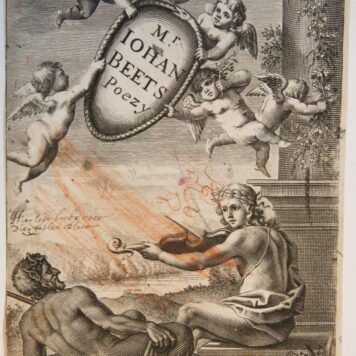 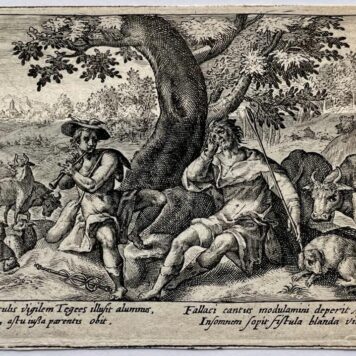 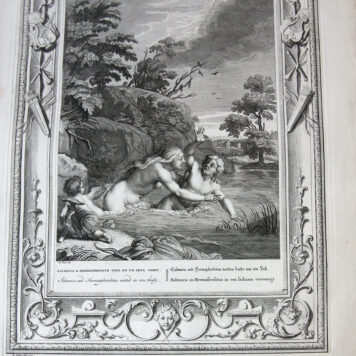 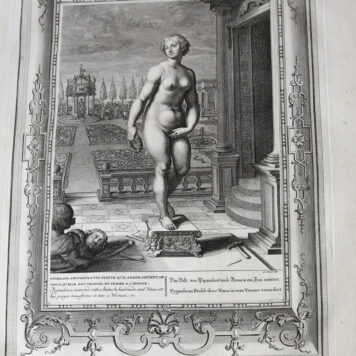